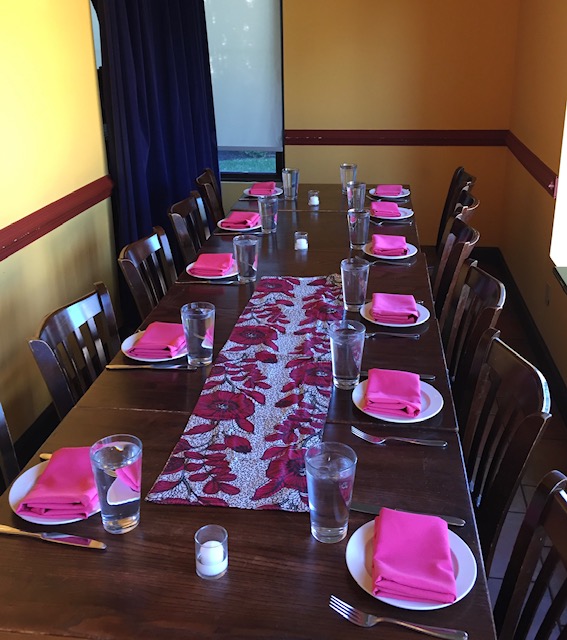 Women face greater health risks, greater economic difficulty and fewer opportunities than their male counterparts. Women and girls are faced with more human rights violations than men, which range from restrictions for determining their private sexual health to the many obstacles they face each day. Women carry fear and insecurity wherever they go. Society has also impacted the way women feel and see themselves, offering unattainable and idealized body and personality types. This has resulted in a high percentage of women with negative body image, eating disorders, anxiety, and depression stemming from the pressure to perform their gender in a certain way.

Reproductive freedom: Equality for women and girls can’t be achieved without reproductive freedom, including equal access to the full range of reproductive healthcare. Every woman has a right to health and well-being and to make decisions they feel are right for themselves and their loved ones. Although abortion has been legal since 1973 when Roe v Wade was enacted, actual access to it is limited. Many people can’t afford it even when it is a legal option. We know that for various reasons, there will always be women desperately seeking abortions even at great personal risk regardless of moral or religious beliefs, or whether or not it’s legal. Reproductive health includes our ability to choose to have an abortion in the legal sense, but also whether or not it is truly accessible and safe for all those who need it.

Sexual assault and abuse: Many of our social attitudes normalize or trivialize sexual assault and abuse. As a society, we hold on to beliefs, attitudes and behaviors that influence how we think about and respond to sexualized abuse and rape. This creates a social environment that minimizes the rights and safety of women. Even while most incidents go unreported, 1 in 5 women report being raped. That number is even larger when considering other forms of violence or sex abuse reported by women, girls, and even men. Women and girls often limit their behavior and live in fear of rape. Those who actually experience sexual violence are far more likely to suffer depression and Post Traumatic Stress, to abuse drugs, and to contemplate Suicide.

March to End Rape Culture: The March to End Rape Culture (#MTERC) is an annual event raising awareness for Philadelphians about the widespread issues related to rape culture, and what is being done to end it. There are similar marches in other cities around the nation and the globe. It’s also a supportive and empowering place for survivors of rape and abuse and their advocates to connect with activists and resource groups. For information about this year’s March go to the website: MTERC.org. If you are a survivor of sexual assault, intimate partner violence or an LGBTQ person in need of support, phone and web chat resources are also listed on the resource page of their website. You can also hear more about the March and about Rape Culture on the podcast session we had with Arika Gold: March to End Rape Culture

Be an ally to sex workers. To really make changes in our power structure, we must consider sex workers and their needs. We are working to learn and share about how we can be allies to them as clinicians, as women, and as fellow humans. We believe it is our responsibility to confront and challenge white supremacy, capitalism, and rape culture, and to encourage the development of strong communities that share resources and support each other. Sex workers, like all workers, need fair and safe working conditions. We have left sex workers out of this struggle in the past and we do not wish to move forward without them. Our podcast entitled A Solid Community of Humans began to address this issue as we talked to two volunteers from Project SAFE, Amanda Spitfire and Roderick Thomas II who do harm reduction work and work to build A Solid Community of Humans

Explore Socialist Feminism. The feminism we grew up with, while progressive for the time, is quite inadequate. There has been a lot of progress over the years. We were raised in a different world and sometimes young women become impatient or angry that we don’t always understand their point of view, but often when they take the time to explain, we can usually see things their way. We are grateful that Zoë Naseef from the Season of the Bitch podcast took the time to help us to understand Socialist Feminism and why it’s important for us to embrace. Hear what she has to say: Something Weird is Going On

The Men’s Center for Growth and Change: Feminism is not against men, it’s against the patriarchy, which we are all a part of since we were all raised in a patriarchal society that favors men at the expense of women. So, we work to come up with solutions to get men involved and engaged in bringing about positive change. Personally, we happen to love men and are married to a couple; but being married to a woman doesn’t make a man a feminist. Regardless of gender, a feminist supports gender equality in all circumstances. We had a conversation about racism, sexism, and male trauma with Robert E. Carter, Jr, MSW, aka Brother Robb, the co-director of the Men’s Center for Growth and Change. Brother Robb’s research and personal mission centers around healing from racial trauma, and combating white supremacy. Here’s what he had to say: Hurt People Hurt People

Girls on the Run is based on the idea that exercise adds to positive youth development. Their mission is to inspire girls to be healthy and confident using an experiential curriculum which integrates running. It is “a physical activity-based positive youth development program designed to develop and enhance girls’ social, psychological and physical competencies to successfully navigate life experiences.” The local website is at gotrpa.org. You can hear our conversation with Tracy Ashdale, Executive Director for Girls on the Run of Montgomery and Delaware Counties here: Go Out on That Limb

Dining for Women (DFW) is a global giving circle dedicated to eradicating poverty among women and girls in the developing world. Through member education and engagement, and the power of collective giving, DFW funds grassroots organizations that empower women and girls and promote gender equity. Basically, friends or neighbors get together for a potluck dinner each month and donate what they would have spent dining out to the DFW grantee featured for that month. In this podcast session Cindy and Julie chat about DFW and their own chapter experiences: Empowering Women and Girls Worldwide . After you listen – Try finding a chapter near you, or start your own chapter. You can also check DiningForWomen.org for other local and national volunteer opportunities.

RAPE CULTURE IS… When we interviewed Amanda Spitfire and Roderick Thomas II about their work at Project SAFE in A Solid Community of Humans we also asked Amanda to recite some original poetry. They chose excerpts from a poem they wrote for March to End Rape Culture/Take Back the Night Philly in 2015. We published their 5-minute recitation as a bonus episode for you here: Rape Culture Is…

Janet Tran is a mechanical engineer who graduated from the Architectural Engineering program of Drexel University with honors in 2016. She is a first generation Vietnamese-American who wonders if we’re doing women a favor by promoting their participation in STEM professions (Science, Technology, Engineering, and Math), and then not supporting them once they get there. STEM professions continue to be male dominated with women, especially minority women, grossly misrepresented. Janet speaks from experience as A Woman in STEM.

Melissa Fabello, PhD, is a feminist social justice activist whose work focuses on body politics, beauty culture, and eating disorders. She’s also a digital creator, developing online content to challenge people to unpack oppressive ideology around food, bodies, and beauty. Her website is full of information and you can check it out at MelissaFabello.com. Our conversation with Melissa which touched upon many issues related to body, beauty, and anorexia to name a few is right here: Body Politics